The Way It Is, by William Stafford

Hello Poets,
William Stafford’s journey with words began most mornings before sunrise. This simple poem was written 26 days before he passed. The day before he wrote “Haycutters” and four days later on August 6, 1993 he wrote “November” in honor of Hiroshima Day.
One of his students, the poet Naomi Shihab Nye, wrote, “In our time there has been no poet who revived human hearts and spirits more convincingly than William Stafford. There has been no one who gave more courage to a journey with words, and silence, and an awakened life.”

The Way It Is

There’s a thread you follow. It goes among
things that change. But it doesn’t change.
People wonder about what you are pursuing.
You have to explain about the thread.
But it is hard for others to see.
While you hold it you can’t get lost.
Tragedies happen; people get hurt
or die; and you suffer and get old.
Nothing you do can stop time’s unfolding.
You don’t ever let go of the thread. 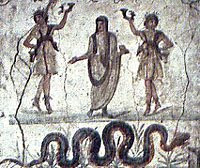